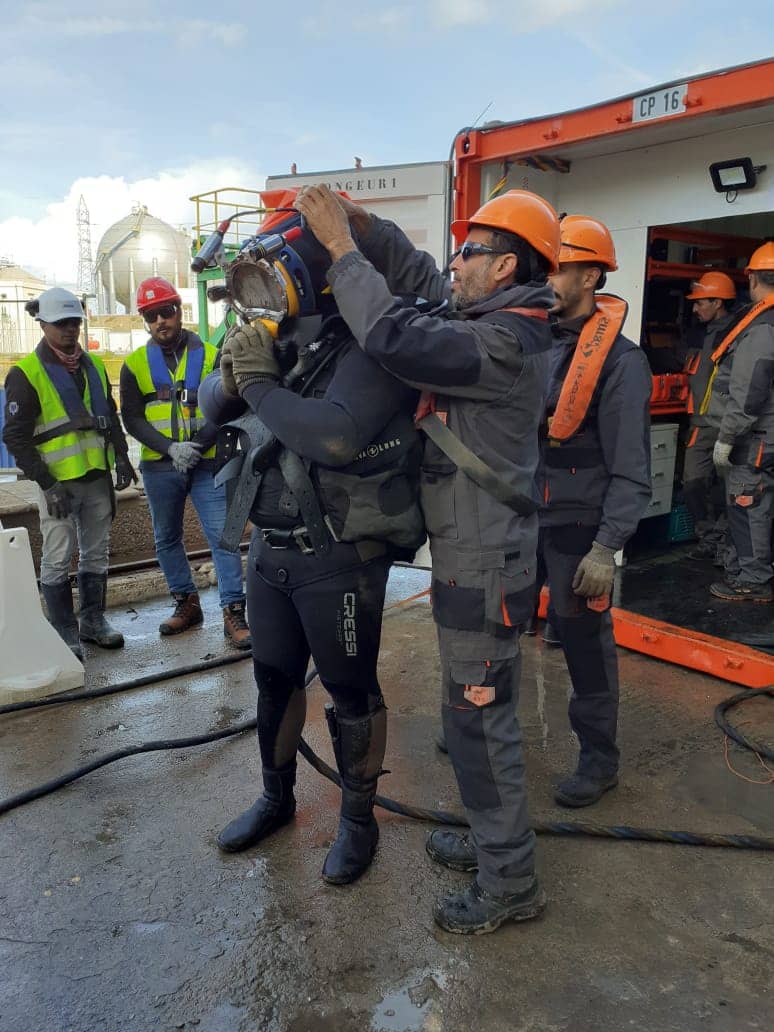 In order to determine the level of silting at the foot of the pump sluices of OCP JORF LASFAR’s seawater intake station, OSS carried out an underwater CCTV inspection on behalf of ENGIE company.

The « CCTV » dive technology is an installation of equipment that allows live retranscription on the surface of what the diver is filming while he is performing his underwater operations. This way of working is safer for the diver by allowing the surface team and clients to follow the progress of the operation and to act according to the situation. Plus, the surface team can communicate with both main diver and the rescue diver to coordinate operations

This inspection allowed ENGIE company to know the volume of silt that was clogging the station.